How did I upset him?

Do you remember all these different challenges that I’m doing this year?

Do you remember that Darryl is setting me a random challenge each week?

Well I think I’ve upset him! No idea what I’ve done that’s wrong …. but it must be pretty bad!!!!

Got to training this morning and, as usual, we started by talking about stuff including my progress towards my goals and my last ‘random challenge’. That was walking out to Two Tree Island and scavenging for apples, pears and blackberries. I went …….. but they’d gone. Maybe next year.

So what was to be my next random challenge?

“There are two possibilities,” he says, “how do you feel about living without any technology for a week?”

May have given the impression I wasn’t keen!

Fortunately Darryl is also constantly attached to his iPhone, spends time on the computer, sees the benefits of lights and heating so he laughed and said “Never mind, there is Plan B”.

“Plan B is a core circuit”

Which leads to a string of questions until I finally admit that I don’t like core exercises because I am no bloody good at them and, yes, I do know that that means I need to do them 😦

So into the studio we go.

There are only 5 exercises, how hard can it be???

Now I love the Rocky films, especially the training sequences. Do you remember this:

Well, OK, perhaps he doesn’t actually expect me to be able to do quite this, but you get the idea!

Can’t find a photo similar to the next one but basically it’s lying on my back, arms above my head holding 4kg, then sitting up while rotating the weight to the side. This is the ONLY one I can, sort of, do!

Don’t you just love this picture:

Of course I look exactly like this as I hold the plank on tiptoes and rock backwards and forwards!

Now I think the ultimate version of the next exercise looks something like this, although probably with the back further off the ground.

This was a nightmare. Darryl kept reducing the difficulty ……… I kept being completely unable to do it. So frustrating!!!! I’m getting cross because I can’t do it. Darryl’s laughing saying he’s never seen me have this much trouble with an exercise before.

Cast your mind back, time for YOU to remember where I started from!

We finally reduced the difficulty to something like this:

I can’t even make a picture of something like it appear. AAARGH!!!!!!

Well it’s lie flat then sit up and take elbow to opposite knee. And I still can’t do it ……….. YET!

The final one involved a side plank (with one leg providing a bit of support cos I’m crap at these too) whilst rotating the other arm up to the ceiling then down, through the gap, under the body.

Of course I look exactly like this while I’m doing it! 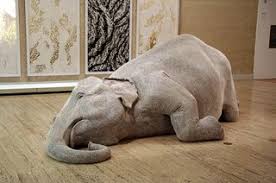 So, two weeks of doing this circuit every other day …….. or give up technology??????

Sometimes I wish I could just say ‘no’ rather than being bloody minded and determined to succeed in a challenge!

UPDATE: It is now Saturday night (60 hours later) and my core still aches. Should have done these exercises today but was out ………. not looking forward to tomorrow!

4 responses to “How did I upset him?”